A book read aloud in the classroom can stay with a child for a lifetime. I can still conjure the beautiful Scottish voice of one brilliant reader-alouder from my primary school, forty years later. My children frequently recommend books their teachers have read them—and hunt them down for re-reading. They both went to Te Kura o Otari in Wellington, which clearly has some champion reader-alouders on staff. So to follow up from last month’s blog about reading with babies, I asked one of their teachers, Shani Leda, what books she enjoys reading in her classes. I knew we’d be getting a great list when she said that, through compiling it, she “relived each book and remembered the children’s reactions with each one. I think reading stories is my favourite part of teaching (and Maths).”

(some of) Shani’s favourite read alouds 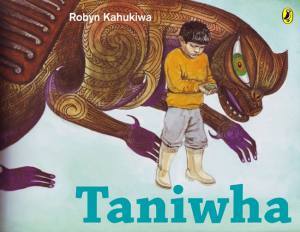 Is that a log in the river or a taniwha? Spiritual versus secular. A very wise and warm read. 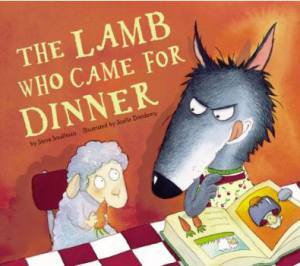 A hilarious story of a wolf preparing a lamb for his dinner. Includes some one-liner gems such as when the wolf is hugging the lamb to warm her up because he can’t eat food that is so cold, and she kisses him. “The wolf had never been kissed by his dinner before”.

Four Zen stories told by a panda to the children who live next door. Very simple and very wise. Lessons for life. Leads to huge discussions, even from the five-year olds.

Vibrant illustrations with minimal, clever, rhyming and amusing texts. There is often an unexpected twist.
The story is often carried on with subplots in the artwork, which really appeals to younger children. 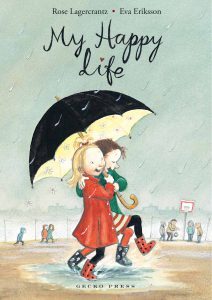 A young girl living with her father makes a friend on her first day at school. Every day is joyful … until the friend moves away. Very uplifting despite obvious sadnesses within the plot. 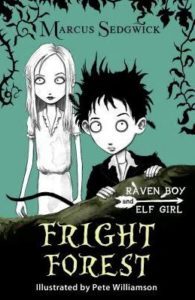 Raven Boy’s tree is knocked down by three oafish ogres and he lands on Elf Girl who was sleeping in the grass below. The six books follow the two children as they try to save their forest from the ogres. Exciting, funny and safely scary.

A great introduction to the Māori gods. Wonderful illustrations. Not a story, more a directory. An independent woman lives in a house on a jetty, catching fish through the trap door, knitting by the fire and playing the bagpipes. One stormy night, a pirate knocks on her floor. He sounds fierce but he is no match for the woman and her knitting needles. A lovely story which starts a bit scarily but ends very satisfactorily.

Flossie lives in the southern states of the US and is sent by her mother to fetch eggs from a farmer. On the way, she meets a fox but refuses to believe it is a fox. The fox pleads but Flossie always has a smart reply. Clever and very funny. Written in a southern dialect so it is wonderful to read aloud.

The Wolves in the Walls, Neil Gaiman (picture book, years 3–6) 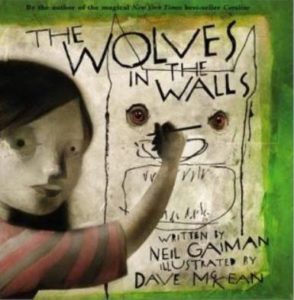 A family moves into their garden because there are wolves living in the walls of their house and they are causing havoc with their parties. An unusual and fun romp. 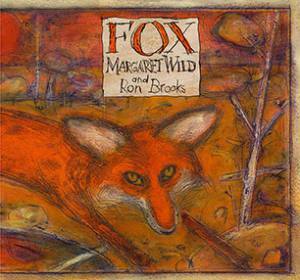 A story of friendship set in the drought-stricken bush of Australia. A one-eyed dog befriends a magpie with a burnt wing who can no longer fly. A fox arrives to test their friendship. The magpie must choose between the excitement and danger offered by the fox and the steady camaraderie of the dog.

A wonderful story set in Paris, full of pictorial punning. Clever and very funny. And at the end, you’re really not quite sure what has just happened. 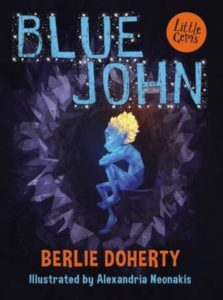 A beautiful story of a boy made from blue stone and sunlight who lives in a cave with his mother. One day he hears children playing outside and, despite warnings from his mother, sneaks out to join them.

Clemency is a 12-year-old girl left to her own devices during the school holidays while her parents work. In the woods, she is stung on the nose by a fairy. She denies this and declares “I don’t believe in fairies”. This statement causes a fairy to die in some part of the world. Clemency is repeatedly stung by the fairy and repeatedly (and unintentionally) utters the same words. The story tells of her zipping around the world with a goblin trying to restore life to these dead fairies. Some very funny moments, such as when a small child wakes to find not only is his tooth still under the pillow with no money, but a dead fairy is lying nearby.

A story of friendship, bullying and allergies with a wonderful message of forgiveness and moving on. A range of styles and fonts are used to convey the voice of the protagonist. An excellent read. Very short – can be read aloud in an hour. It’s best read at one sitting.

Falter Tom is a retired sailor with not much to do. He goes down to the sea every day to dream and remember. On one visit, he happens upon the water boy. Tom is gently encouraged to take a leap of faith and to embark on a new life under the sea. A New Zealand writer telling a very unusual and quite remarkable story. A little dated but excellent. 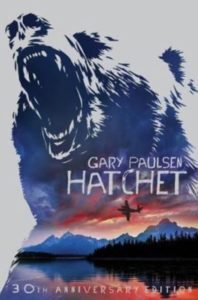 A young boy survives a small plane crash but then has to navigate the harshness of the Canadian wilderness armed only with his father’s hatchet, and hope for rescue. Exciting and outdoorsy. Seemed to really appeal to the boys.

A young boy many hundreds of years ago watches his father killed by a demonic bear. Teaming up with a girl from a different tribe, he goes on a quest to find and destroy this magical, terrifying bear. Many cliff-hanger moments. A true adventure series with just the right amount of terror. The pace and excitement continue through most of the books in this series.

A collection of stories and philosophies about life. Some wise and witty. Some humorous. Makes the listener think.

Rocco does a time jump back many centuries and finds himself living with cave dwellers. Exciting and informative with many twists. It really captured the children.

Coraline (a girl of around 12) visits the neighbouring flat and meets the ‘other mother’ who has black buttons for eyes. Deliciously frightening. One of the very best. Nothing like the movie which was sugared to give it a more general rating. Seriously spooky and beautifully crafted. 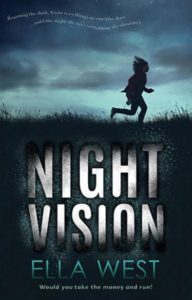 A New Zealand story set in a central South Island forest. A teenage girl, with a serious allergy to sunlight, plays in the forest at night and witnesses a murder. Exciting and a little scary.

Set in a remote opal-mining town in Western Australia. Deals with a young death, so know your audience before you read it. The young heroine has two imaginary friends, Pobby and Dingan. One day, Dingan gets lost. Is the girl crazy, as the townsfolk suspect, or do Pobby and Dingan really exist? A sad story but beautifully written. Very atmospheric.

A possible explanation of death. Gently told with beautiful illustrations. Leads to much discussion.

A wonderful story of an innkeeper’s daughter and her love, the highwayman. Wonderful rhyme and very exciting. But, show the children the picture of the ostler before you read, so they can get their giggles out of the way and then focus on the story. 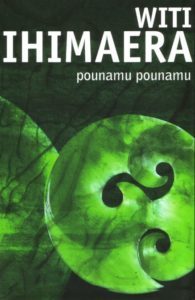 Set on the East Cape of New Zealand, vignettes of rural Māori life. Some sad, some funny, but all honest and real.

Snippets of wisdom and humour from a solitary hamster.

A bedraggled pile of feathers washed up on a beach must learn who he is and what his life dictates him to do. He meets a collection of beach dwellers, all of whom give him advice. Quite an adult tone in the writing and the humour. Delightful. 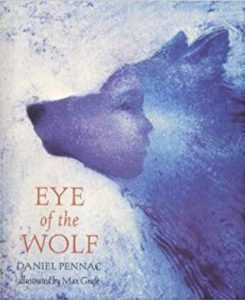 The poignant relationship between a lonely refugee boy from Africa and a sad Arctic wolf in the zoo. The boy spends many hours staring at the wolf through the bars and eventually earns the wolf’s respect. Looking deep into each other’s eyes, they learn their histories. A beautifully told story. Very quiet, peaceful. Magical.

Set in a village in Eastern Europe a few hundred years ago. A vampire plague descends on the people. The heroine lives with her violent, drunken father and faces many challenges as she attempts to make the village safe again. Frightening and different.

Over the years I have taught from kindergarten to Year 11 and I’ve managed to sneak read-alouds into every day. The highlight of every day. If the class has particularly loved a book, we write letters to the author and have always, always had a personal reply.

Last month my Year 1 and 2 class drew pictures for Marcus Sedgwick and he told them they had really brightened a glum day for him. Perfect. The magic of stories is real.