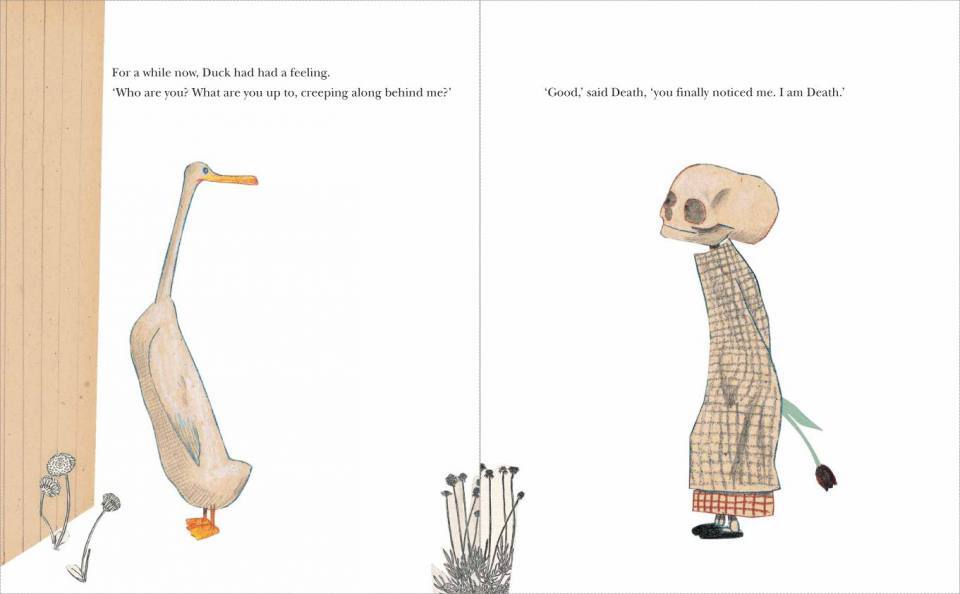 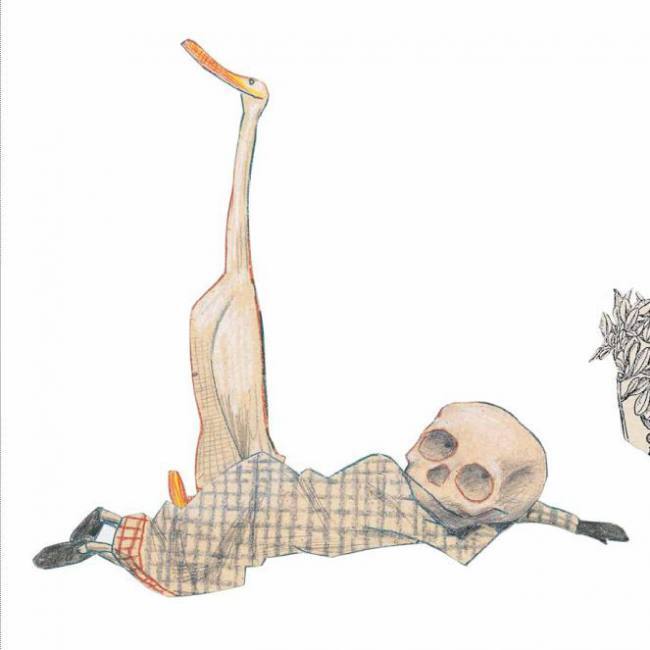 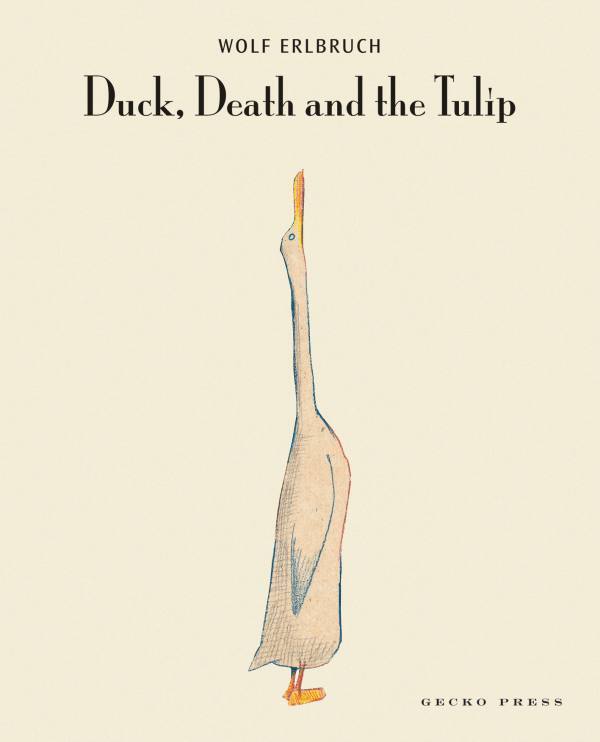 It’s hard to describe how this extraordinarily tender book manages to be both heartbreaking and comforting, but it does

Duck, Death and the Tulip

From award-winning author and illustrator, Wolf Erlbruch, comes one of the world’s best children’s books about grief and loss.

In a curiously heart-warming and elegantly illustrated story, a duck strikes up an unlikely friendship with Death. Duck and Death play together and discuss big questions. Death, dressed in a dressing gown and slippers, is sympathetic and kind and will be duck’s companion until the end.

“I’m cold,” she said one evening. “Will you warm me a little?”
Snowflakes drifted down.
Something had happened. Death looked at the duck.
She’d stopped breathing. She lay quite still.

Explaining the topic of death in a way that is honest, lightly philosophical and with gentle humour, this enchanting book has been translated into multiple languages, adapted into an animated movie and short film and performed on stages worldwide.

Wolf Erlbruch received the Hans Christian Andersen Medal in 2006 and was the winner of the Astrid Lindgren Memorial Award in 2017.

“The most extraordinary picture book I’ve seen in many a year.”  Patrick Ness
“I can’t think of another book that tackles so huge a subject with such simple, heartbreaking eloquence.”  Meg Rosoff
“Warm, poignant and witty.”  Anthony Browne 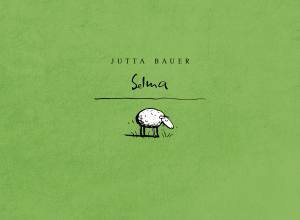 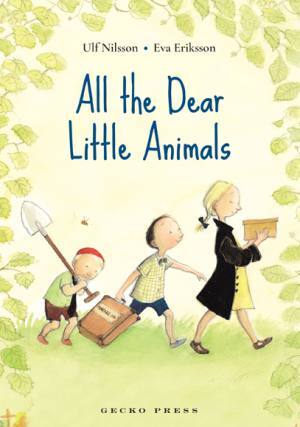 All the Dear Little Animals 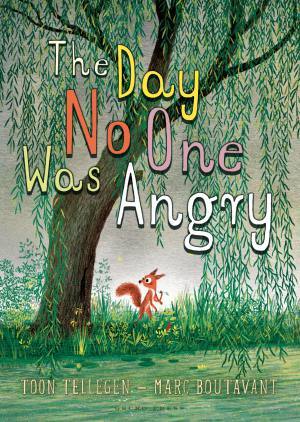 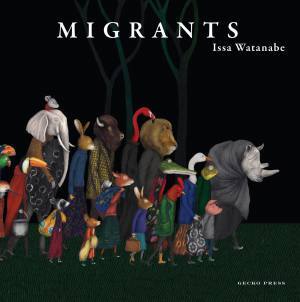