BY nathan luff, manager of children’s and YA programme, SYdney writer’s festival, Australia 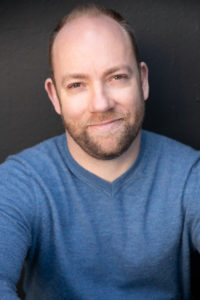 We asked Nathan Luff, newly appointed Manager of Children’s and Young Adult Programmes at the Sydney Writer’s Festival, what books he likes to recommend that feature theatrical content. As well as being a published children’s book author, Nathan works part time as a teacher specializing in creative writing and performing arts. 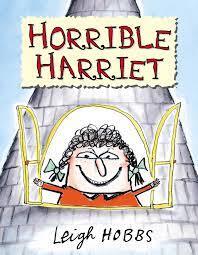 This book doesn’t feature the theatre but it is one of my favourite books to get kids to adapt into a play. It has a great range of characters—big, loud characters for those big, loud kids, and soft, gentle characters for the reluctant performers—plus a clear plot that is easy to sequence into scenes. Being set mostly at school, with real people, it’s also an easy book to bring to life with limited resources. This book was adapted for the professional stage by the wonderful Maryam Master. 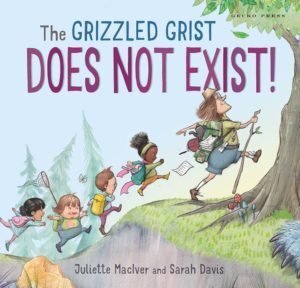 Books that feature journeys into the woods/forest/etc are fantastic for adapting into plays. Think We’re Going on a Bear Hunt or The Gruffalo. This book is very much in that vein, with a fun rhyming text, another cast of fun characters, and a great creature (the Grizzled Grist) to bring to life. Kids must really engage their imaginations and there is also scope for creative interpretation. 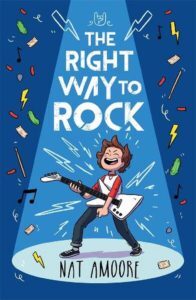 The Right Way to Rock by Nat Amoore

Nat Amoore has a love of performance and especially the exuberance of musical theatre, which is completely evident in this book. A boy’s parents are obsessed with rock and he has to hide the fact that he has secretly joined a musical theatre appreciation society. There are lots of modified song lyrics that are fun to sing aloud and some great messages about individuality. Great jumping off point for kids to learn about the musicals referenced. 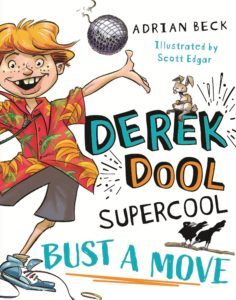 Derek must compete in a dance off—there is a lot riding on this performance. This could mean that for the first time in history, the kids in Derek’s class will see him as the coolest, funniest, most awesome kid that he is really is! If only there were more dance battles in real life. I love a book with a big performance scene and so much riding on it. 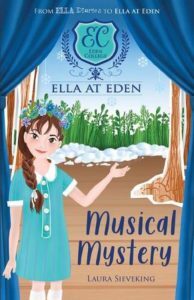 I’ve always loved a plot where characters are working towards some big performance, and of course they have to endure all the dramas that try to stop that performance from happening. There’s always more drama off stage than on! In recent years, this entry in the Ella at Eden series has been my favourite with this particular type of plot. 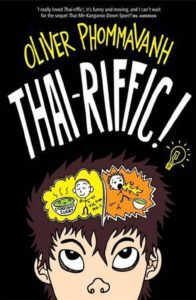 This book isn’t about the theatre but I’ve included it because I had the privilege of adapting it for the theatre! There are certainly some very theatrical elements in the book that we could include in the stage version, such as an odd teacher who talks to his students through stuffed toys, and then there is the wonderful Songkran festival. 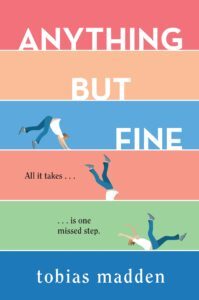 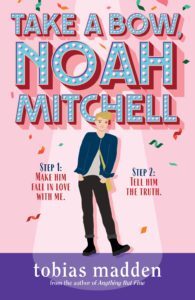 Anything but Fine and Take a Bow, Noah Mitchell by Tobias Madden

Tobias is an ex-performer (dance and musical theatre) and so it’s no surprise that his first two young adult novels both feature the performance arts. In Anything but Fine, the main character suffers an injury that stops them from being able to perform ballet, while in Noah Mitchell, the main characters are working on a show behind the scenes. Both books are delightful and perfect for those older readers who love anything theatre related. 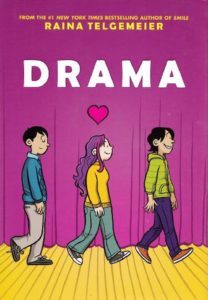 You couldn’t have a list about theatrical books without this one. A fabulous graphic novel about a theatre-lover who works in her school’s drama production crew. I also love books about the kids working behind the scenes in shows because often they are the people in real life who get none of the glory or credit for the hard work they do.

This book list was inspired by recent Gecko Press releases with theatrical links.

The Grizzled Grist Does Not Exist! by Juliette MacIver, illustrated by Sarah Davis, has been adapted for a public performance by Wellington’s Capital E Children’s Theatre as part of Verb Festival.

Duck’s Backyard is a slapstick two-hander written by Ulrich Hub, actor, director and writer of plays and screenplays as well as children’s books. Illustrated by Jörg Mühle.

Discover Children’s Story Centre in London is currently adapting Waiting For Goliath by Antje Damm for their storytime performance.